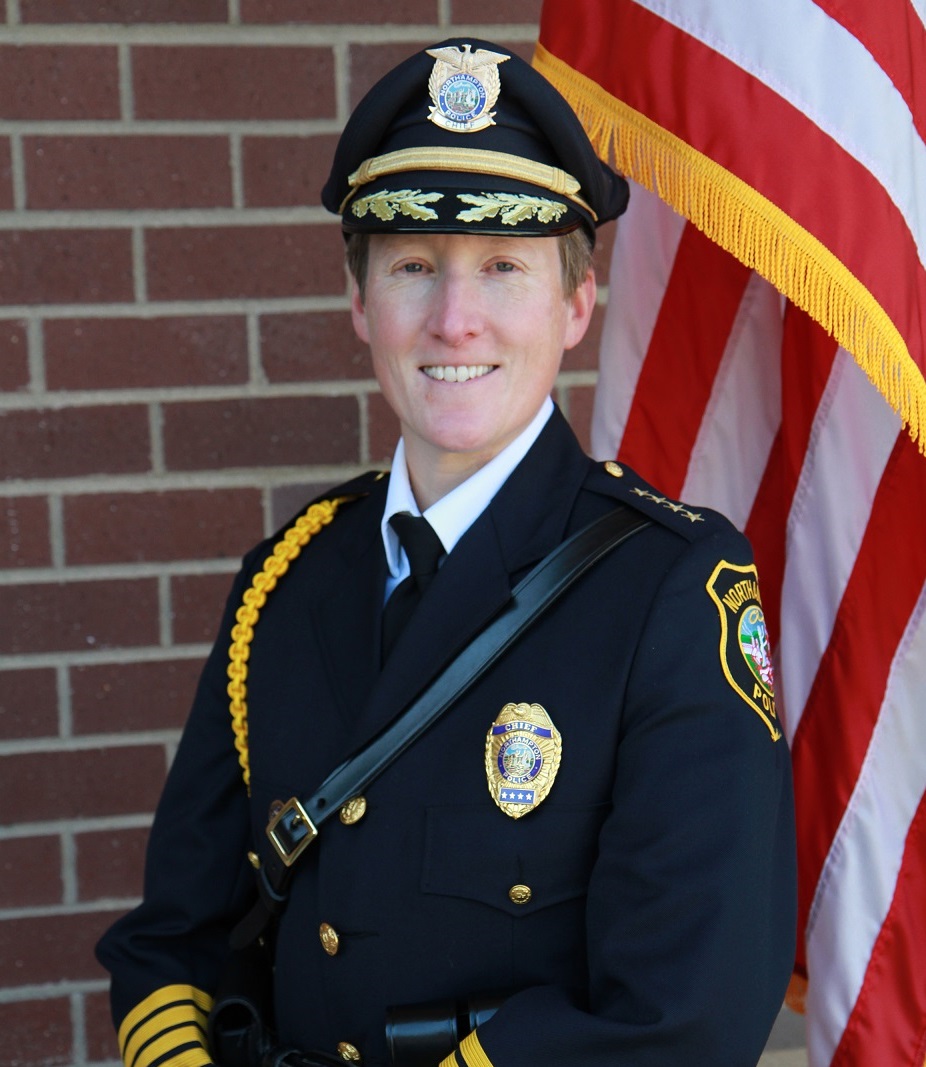 Chief Jody D. Kasper was born and raised in Western Massachusetts.  She attended Mohawk Trail Regional High School, Greenfield Community College, and Westfield State University.  At Westfield she earned a Masters degree in criminal justice and a second Masters degree in Public Administration.  Chief Kasper began her career with the Northampton Police Department in 1998 as a patrol officer.  She was part of the Bike Patrol Unit, was a Field Training Officer, a Detective, a Sergeant, a Lieutenant, the Detective Lieutenant, the Captain of Operations, and was appointed as Chief in June, 2015.

Chief Kasper has a strong commitment to professional and progressive policing strategies.  As an administrator she has implemented a number of new programs to strengthen the quality of the services that NPD provides to the city.  These include the Park and Walk Program to strengthen community relations, the addition of an optional annual fitness test for all sworn personnel to support employees in their commitment to fitness, Community Outreach Officers who are designated to specific areas of the city, Community Liaison Officers to serve local groups within our community, training officers as Drug Recognition Experts (DRE) to better identify and apprehend drivers impaired by drugs, the Drug Addiction Recovery Team (DART) to assist people addicted to opiates, creation of the sUAS Unit to enhance crime scene investiagtions and search and rescue, participation in the White House Police Data Initiative to work on improving transparency and accountability within NPD, and committing to the 30x30 Initiative in order to increase the representation and experiences of women and other minorities in policing.

Chief Kasper also enjoys teaching and has taught at Elms College, at the Roger Williams University Justice System Training and Research Institute, and for the Municipal Police Training Committee.  She has given conference presentations on a wide variety of topics, including leadership, officer training and health, motivation, and open data. Chief Kasper is also a published author.  She has written three books in the area of policing and leadership and has written numerous articles that have been published in national and international magazines.

Chief Kasper is strongly committed to the City of Northampton, its police officers, and community members.  She looks forward to continuing to support the members of the Northampton Police Department by providing quality training, quality equipment, and effective supervision and management, so that they can best serve the City of Northampton.